Forget all those hundreds of dollars in iTunes gift cards you squandered on horrible mp3 files, listening to really high-quality music has never been easier. Now if we could just find an hour or so to just sit and listen…

The arguing is over, mp3 and lo-res streaming formats simply don’t deliver the level of sonic quality music fans should expect in this day and age. We can put that whole discussion to bed. Permanently.

The history of popular music is filled with examples of really bad playback formats, but these horrible formats didn't kill the enjoyment of music for fans who were stuck having to listen to them. Digital has not proven to be the death of music we were told it was going to be even five years ago. Never in the history of music technology have music fans had it so good. And with the exception of the mp3, digital, and streaming in particular, has not become just another bad music format, in fact, it has raised the awareness of high-fidelity playback higher than it has been in decades.

As for bad music formats in general, at the time each became popular, no one really knew they were bad, everyone was just happy to have some music to listen to. The exception being the mp3: We knew they were a bad way to listen to music, but they were so amazingly convenient we suffered through. Earbuds plugged into a Smartphone playing mp3 files is just this generation’s version of a slight misstep in the long history of our technological musical evolution.

Now that we’ve set up the premise, please enjoy our quasi-serious History of Bad Music Formats.

Sheet Music
This is where the dreaded music publishing arm of the music business got its start. If you wanted to hear the current pop hits of the day, you had to buy the sheet music and wait until mom and pop threw you in the back of the wagon for the bumpy ride over to Grandma Winifred’s place where – once you got the horses watered – she’d bang them out on the Spinet for you.

It was a lot of work to hear three mibutes of a rough fascimile of your favorite tune. 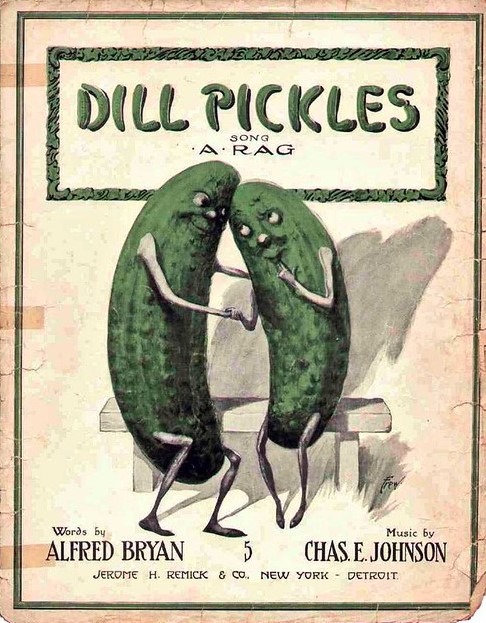 Wax Rolls
Never before in history had people been able to listen to music that was not live right in front of them. For all of human history, you pretty much had to get up and go out to hear music. Now, with the Edison wax roll and the soon-to-follow RCA Victrola, you could sit in your parlor and listen to the hits of the day. Did they sound great? Absolutely not, but that wasn’t the point. The point was they made sound.

By our standards this some quaint and mildly amusing, but imagine hearing music for the first time ever without the musicians being right there in fron of you. It must have been amazing. 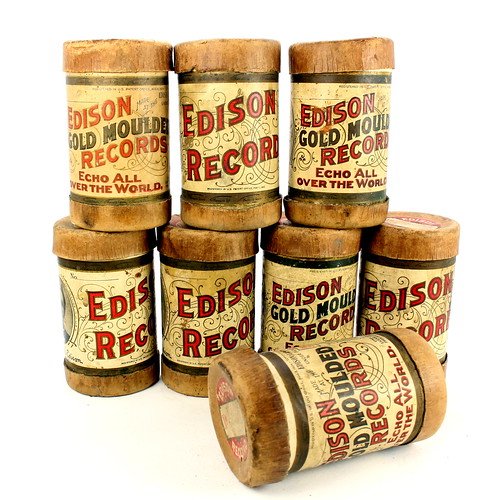 The First Console Audio System
Back in the day, no one much complained about background noise. People were just happy to listen to something other than Grandma Winifred and Uncle Rufus sing "Camptown Ladies." Every. Single. Time. They came to visit.

And once those pesky teenagers got ahold of the Victrola while Mother and Father were gallivanting around in the Model T, Rudy Valee records could be heard on the front stoop. Not a single person complained about phase coherency or subwoofer integration, but the racket those kids caused was enough to curdle fresh buttermilk. 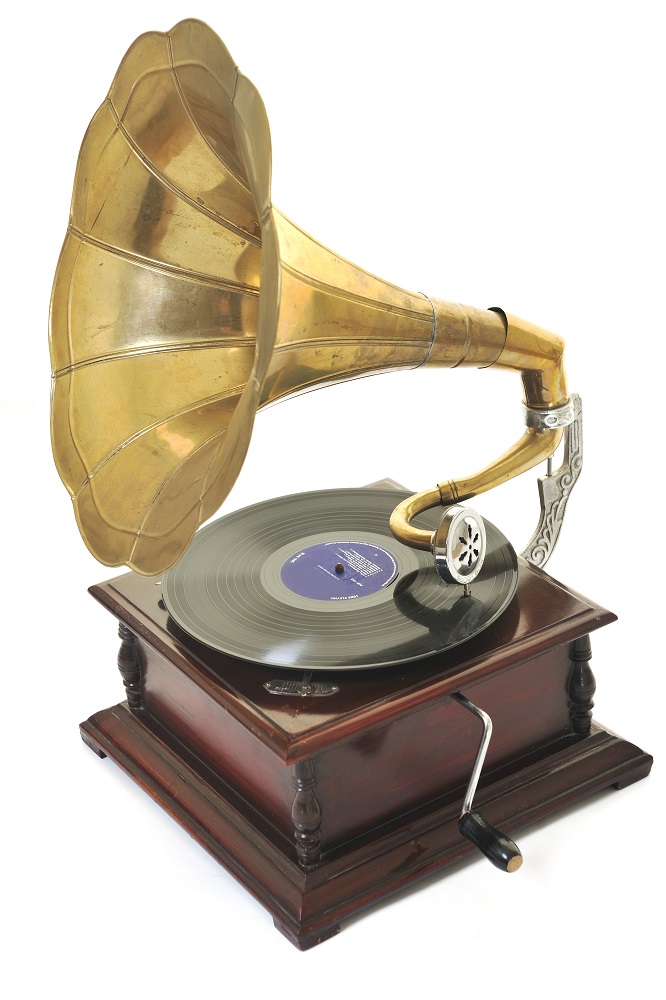 The Console Stereo With Built In Bar
When you’re looking forward to a sweet night of gin and tonics and Lucky Strikes framed on a background of Herb Alpert and the Tijuana Brass, nothing is more convenient than the stereo-bar combo. And actually, they didn’t sound all that bad. 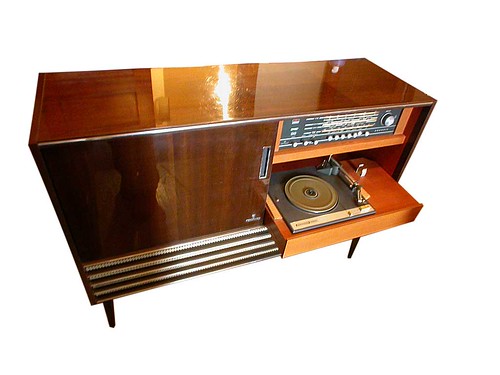 The 45 RPM Single
Sure, they were convenient. Sure you could use one of your mom's thread spools when your brother hid the little adapter thing. Sure they only cost $0.59. But have you ever actually heard how bad these things sound? Especially after your other brother used them as Frisbees and you as a target. 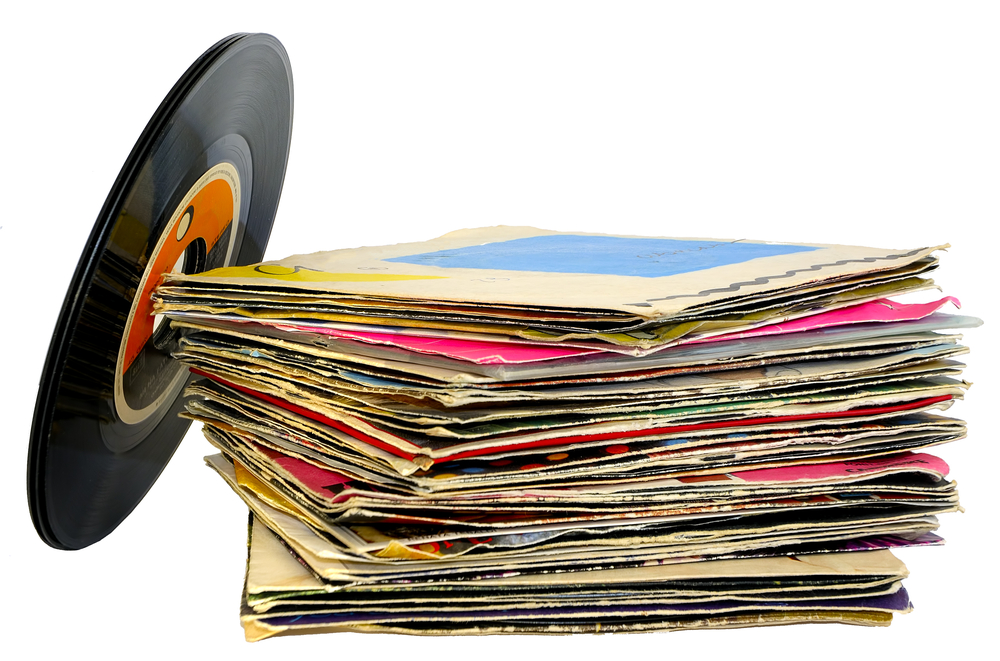 The Dreaded 8-Track Tape
The 8 Track. Four 2-track stereo "programs" all wrapped up in one neat little package that looked just great on the dashboard of your '68 Buick Skylark.

Nothing was better than cruising around with that cool girl from your Mass Media 101 class, the one who wore that perfume that smelled like the inside of a head shop, listening to Led Zeppelin and the program would change from "1" to "2" right in the middle of Dazed and Confused. But hey, we had music in the car that wasn't from the radio, so we dealt. 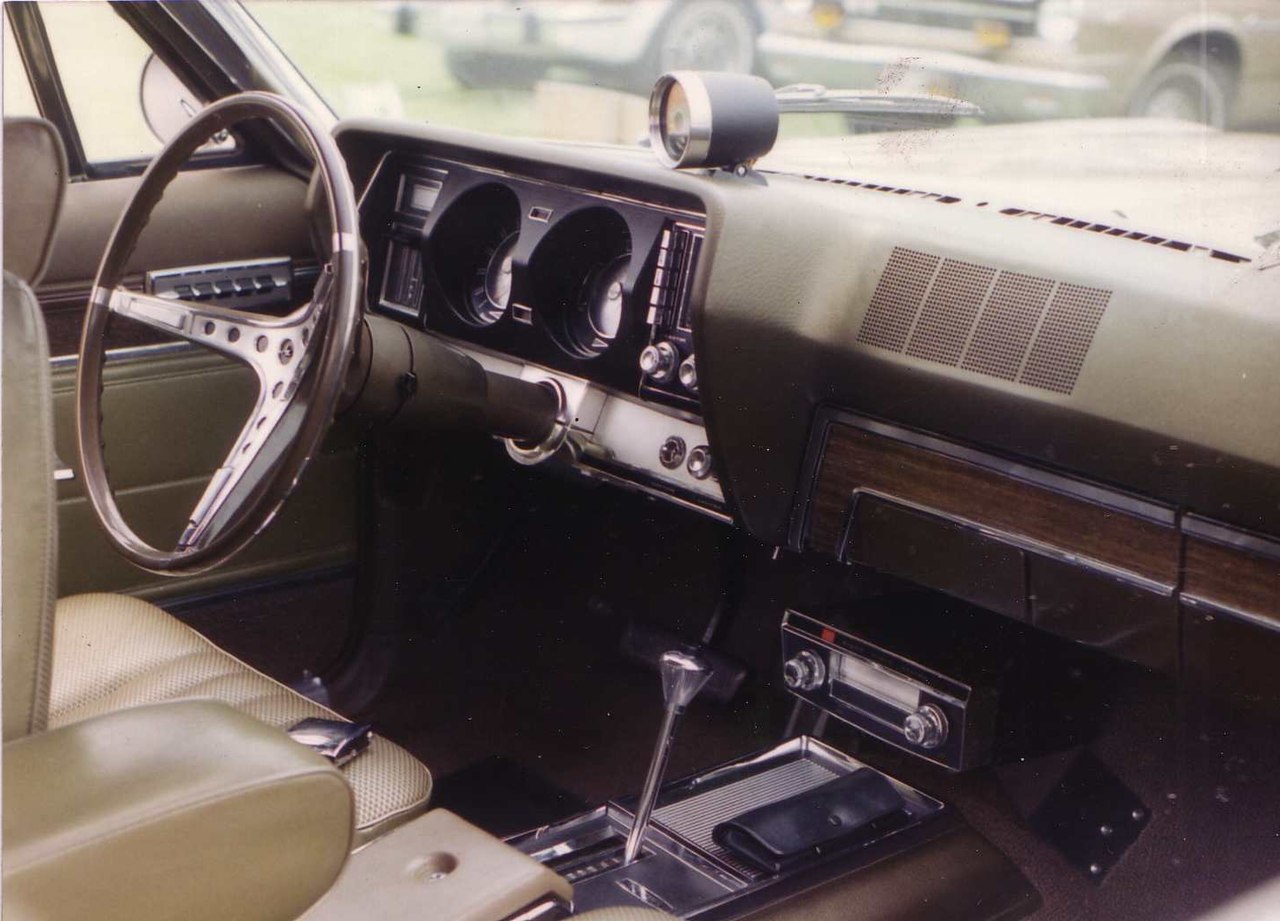 Oh yeah, one more thing: The most important 8-Track tape accessory (it's a good thing we all smoked back then). 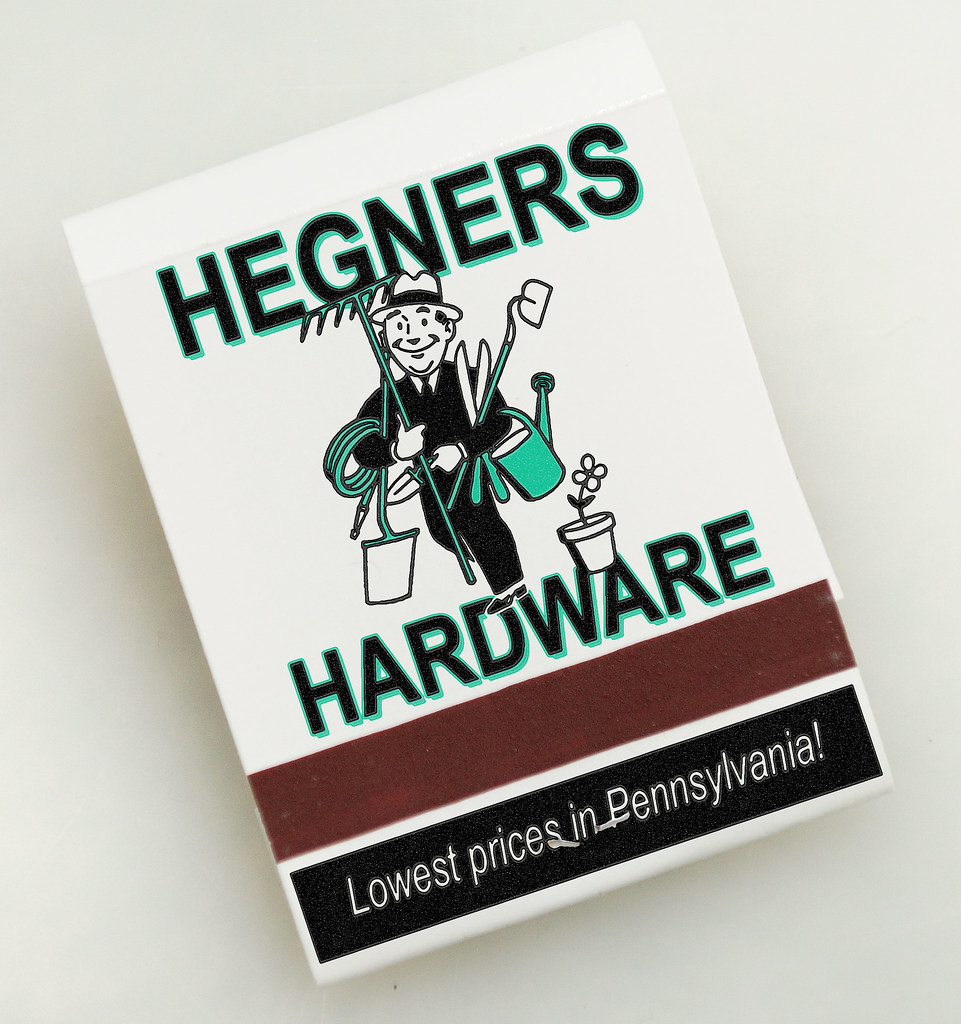 A blueprint of the most essential 8-Track tape accessory. Ask your dad, he'll explain it.

A blueprint of the most essential 8-Track tape accessory. Ask your dad, he'll explain it.

Oh yeah, one more thing: The most important 8-Track tape accessory (it's a good thing we all smoked back then).

The Cassette Tape
Apparently, they’re coming back. This distresses me. The cassette was okay I guess, except for the hiss. No treble, just hiss. I still remember the hiss. And the lack of bass. 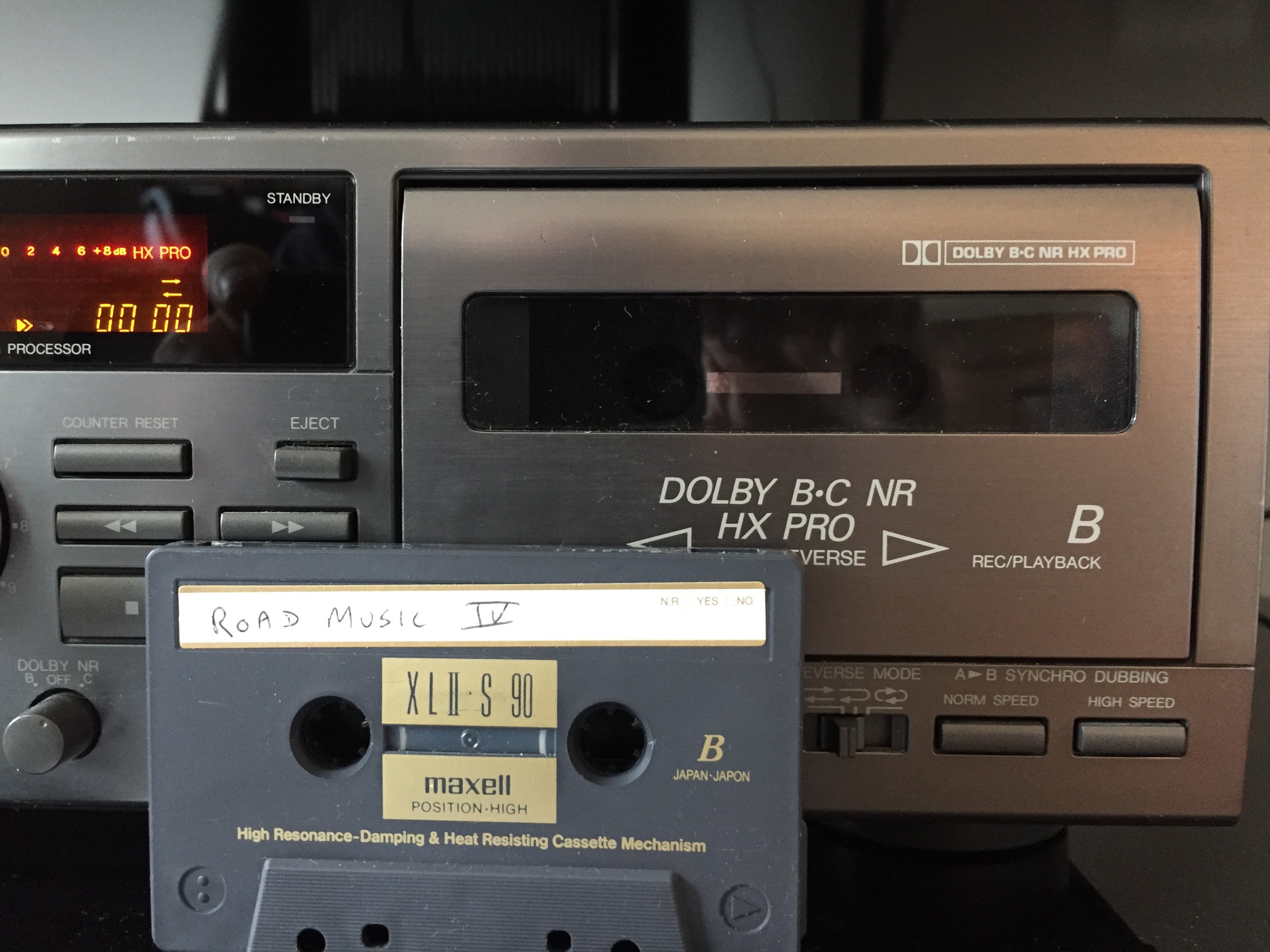 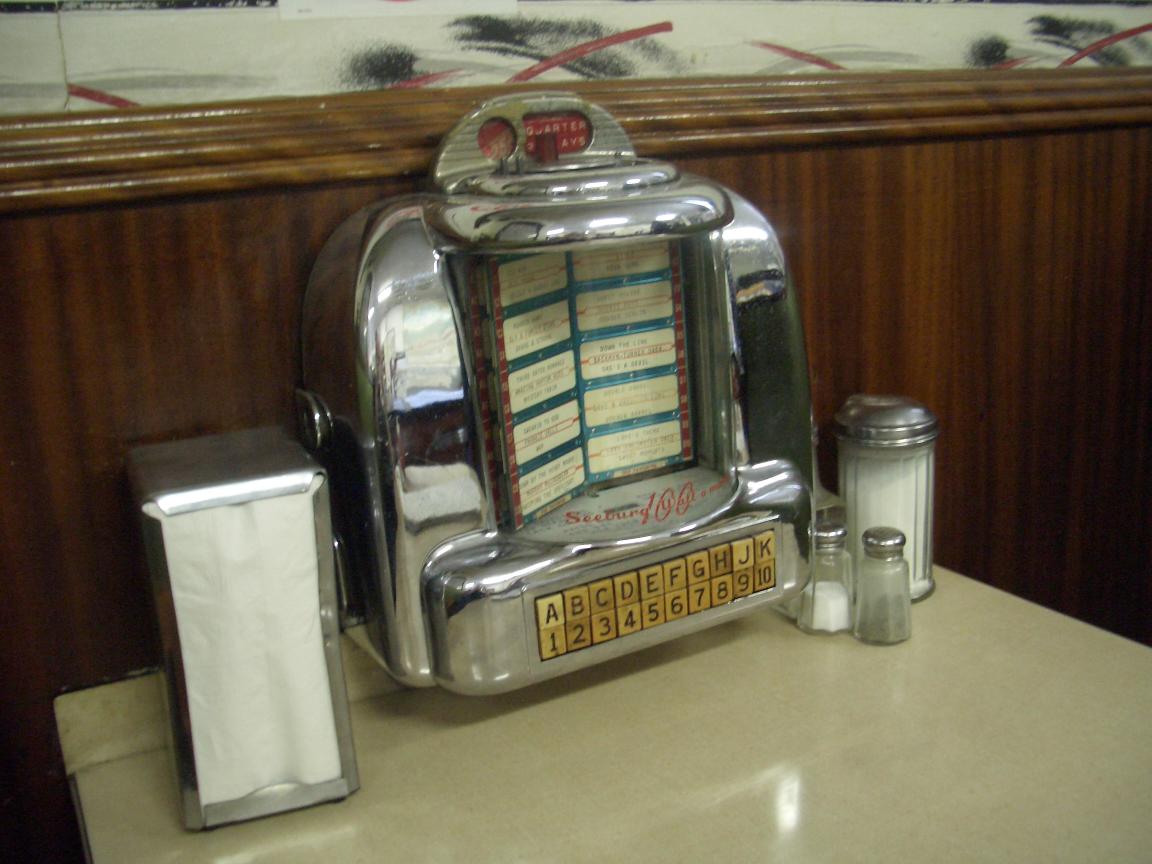 Put a dime in the box while you're waiting for your 2 AM coffee and an order of fries with gravy. You'll get two songs and all the songs everyone else already picked, right at your corner booth at the diner. 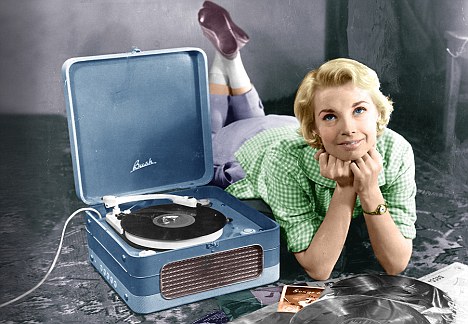 And how many Beatles singles were listened to on "stereos" like this one?

If the constant buzz of Sergeant Pepper's spilling out of my sister's room was any indication, I'd say an awful lot. It's the nature of being a music fan to start out with what's available and then let the music take you on a journey to find out what good sound is all about. 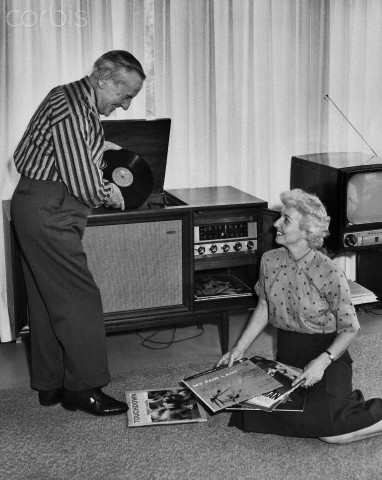 For the past centuy, audio technology has taken us on a fabulous journey, bringing our favorite music into our living rooms (or home theater as the case may be). Whatever your joy, it's all available, mostly with a simple keystroke. 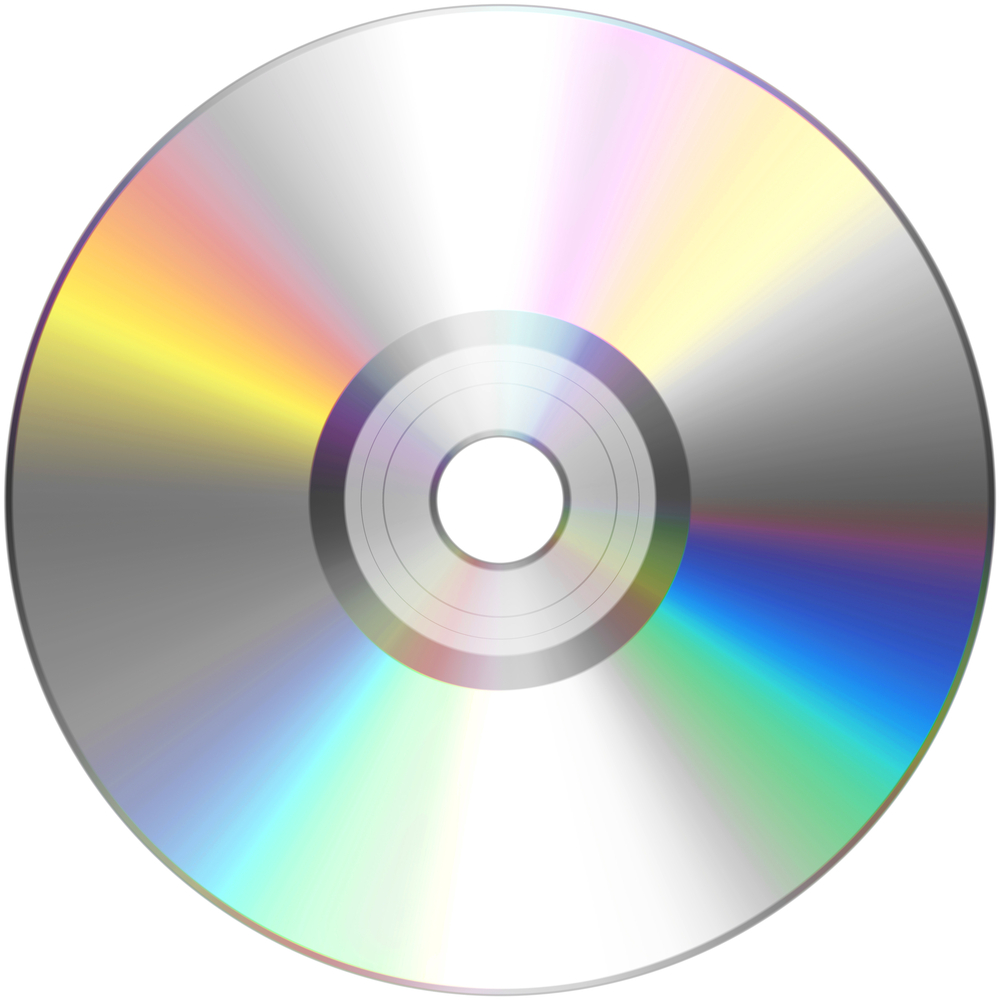 Yes, the CD made it onto the list, not because its a bad format (it's a great format), but because the record labels kind of ruined it for everyone by taking advantage of the technology to make the music so loud that after a short while it just became too fatiguing to listen to.

Plus, when you buy a CD that wasn't remastered for CD but was produced from the master made for vinyl, you're missing out on a lot of bass.

By Jack Sharkey for KEF